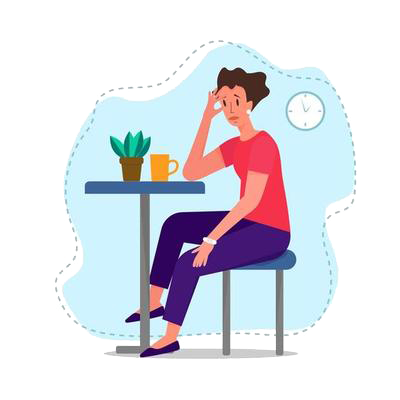 One of the first steps to managing anger is to understand what anger is and where it comes from. There’s no need to get upset that you get angry.

Anger is a natural human reaction to certain situations. As such, it has probably been retained by evolution as something which helped us survive and adapt over millions of years.

Recognizing that there’s nothing we can do to stop ourselves from becoming angry is a positive revelation to some people who think that they just shouldn’t get angry under any circumstances and that getting angry is “wrong”.

If you asked a hundred people on the street how they’d react to having their car stolen, I’m sure you’d find that “anger” would be near the top of their lists of reactions.

What needs to be addressed, through anger management, is the degree of anger we generate and the ways in which we display it.

In order to fit in with modern society, there are very few ways in which anger can be spontaneously released. We can yell, but not too loudly or the neighbors may call the police.

We can hit something, but not anything valuable or anything that could be dangerous if it broke. Of course, it’s not permitted to take out our anger on other people, either verbally or physically. So what can we do to release anger spontaneously?

Well, how about hitting something that can’t be broken, isn’t valuable and won’t mind getting hit? One possibility is to vent your anger on a big soft pillow, or something similar.

While some people may say that it’s better to contain the anger, many others would object to that suggestion. People who contain anger may find it exploding out of them in very inappropriate ways when their ability to contain it is compromised.

It may well be better to vent the anger at a pillow than bottle it up inside only to vent it months or years later in a catastrophic way.

One of the best techniques to deal with anger if you’re prone to venting your anger in the wrong way is to identify when and where you get angry and avoid those situations. If, for example, alcohol results in you getting angrier than you usually would, you could moderate your alcohol intake, or even abstain completely.

Another coping mechanism is to use logic, which takes a lot of practice. Before you start getting angry, think about what’s going to happen. Insert a mental “pause” before the situation escalates and ask yourself if this situation is worth getting angry about. Be honest with yourself. Are you looking for a fight? If so, why?Are you helping to build the argument? If so, why?

If you consider these points before getting angry, you’ll see that ninety-nine percent of arguments are avoidable, are the results of misunderstandings or are about relatively trivial issues that get amplified in the heat of the moment. Learn to master the ability to walk away from a potentially bad situation.

Get effective Stress Management Counselling in Pune by Dr. Niket Kasar. He is the best Psychologist, Psychological Counselor, Psychiatrist in Pune, and he conducts several Mind Activation Classes in Pune.