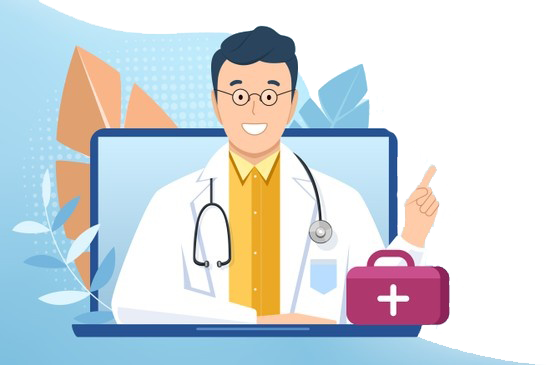 ADHD Treatment in Pune Between three and five percent of children have been diagnosed with attention deficit hyperactivity disorder, better known as ADHD, but the number of actual sufferers could be as high as one in 10. These children may be mislabeled as badly behaved, lazy or unintelligent, making it hard for them to excel in school and get through day-to-day life. Kids who don’t get help with their disorder often struggle for years after they finish school.

That’s because early treatment is essential to helping ADHD children cope with their disorder. It can even decrease the risk of ADHD symptoms persisting into adulthood. If you’re a parent who is concerned about your child’s ability to focus, sit still and interact with others, it’s time to do something about it. Learning the most common ADHD symptoms in children could be vital to your child’s future.

Treating childhood ADHD, whether it’s with cognitive and behavioral therapy, conventional techniques or natural remedies, has been shown to greatly improve behavior and learning ability. It also helps kids make and keep friends, avoid risky behaviors, and maintain better overall mental health. Children with ADHD who receive appropriate treatment early in life have a much lower risk of suffering from depression or anxiety.

Not all parents are comfortable with the regimen of drugs and chemical treatments that is common among many psychiatrists. If you’re among them, that doesn’t mean your child has to go without help for his or her ADHD. Kids who show symptoms of this disorder often benefit greatly from the calming effects associated with natural.

These gentle substances don’t come with the side effects associated with many medications. When paired with counseling and other non-medication-based treatment methods, they offer a natural solution for the symptoms of ADHD.

Attention deficit hyperactivity disorder is a chronic condition that may be caused by mutations in the genes that affect mental processing. In particular, people with ADHD seem to process a chemical called dopamine differently than people who don’t suffer from the condition. Dopamine is associated with the rewarding feeling that comes with accomplishing something new, as well as with the ability to control our impulses.
Children who suffer from ADHD seem to produce dopamine less reliably than other children, making it more difficult for them to function normally. Incorrect dopamine processing also seems to be involved in many emotional disorders, such as depression and anxiety, which ADHD children often develop.
Unfortunately, no one really knows exactly why or how ADHD occurs. That means that it’s not possible to prevent this condition. We can, however, treat it with a variety of man-made and natural substances, helping children restore their natural mental balance and promoting better concentration and impulse control.

Many of the most common ADHD symptoms can be hard to detect until the condition has already begun to cause problems. It’s easy to write off minor attention problems and difficulty paying attention as the normal characteristics of childhood. Fortunately, observant parents can often identify problems very early in life. Some mothers of ADHD patients even notice that their children are unusually active while still in the womb!

While all toddlers are curious and have limited attention spans, ADHD toddlers have even more pronounced behaviors. Many of them can’t sit still or follow basic instructions. They are also more likely to suddenly break into a line at the playground, interrupt someone else, or hit a friend or sibling. These children often move around constantly and are prone to frequent tantrums. In preschool, they may experience frequent discipline problems or be considered “difficult” by teachers.

By elementary school, most ADHD children already have identifiable symptoms. These kids often have trouble sitting quietly in class and tend to blurt out answers or leave their seats without permission. Many ADHD kids are very talkative and disruptive. Some are quieter, however. The inattentive form of ADHD can cause excessive daydreaming and trouble following directions, while disorganized ADHD results in messy desks and a tendency to lose homework. In many cases, children with all types of this disorder have difficulty making or keeping friends. Some never fully integrate into their peers’ social networks.

Children who don’t have observant parents may not be diagnosed with ADHD until adolescence, particularly if they have one of the disorganized or inattentive forms of the disorder. These children often display a sudden drop in academic achievement, along with an increase in self-esteem problems, depression, and other disorders. Left untreated, these issues can develop into severe problems, causing social problems and even academic failure. While most adolescents display some changes in mood and behavior, it’s important to seek help when these are sudden or severe.

Historically, boys have been more likely to be diagnosed with ADHD, leading many people to conclude that it was a male disorder. In reality, nearly as many girls suffer from this problem as boys, but they tend to show it differently. The symptoms of ADHD in children often split along gender and sex lines, with boys displaying more hyperactivity and impulsivity.

Girls are much more likely to be inattentive, disorganized and prone to excessive daydreaming. This means that many girls with ADHD don’t get the treatment they need until their disorder has begun to affect their mood, grades and social life. In many cases, female patients receive little to no attention, forcing them to struggle through without any treatment at all. If your daughter seems to be easily distracted and has trouble staying on task, make sure you consider ADHD as a possible cause.

Does ADHD Ever Go Away?

One surprising fact about ADHD is that while as many as 10 percents of children suffer from it, there are far fewer adults with the problem. This is due in part to an increase in our ability to identify and treat ADHD from a young age; many adults simply don’t know they have the condition. In a number of cases, however, ADHD symptoms actually decrease or disappear with the onset of adulthood.

Only about 30 percent of people who suffer from childhood ADHD go on to deal with its symptoms as adults, but that doesn’t mean it shouldn’t be treated. While it’s possible for the brain to correct its ability to process impulses and attention over time, a child’s early experiences are still important. People who had ADHD as children are much more likely to develop depression or other disorders when they don’t receive the correct care in their early years. Working to help your child now could be the key to helping him or her live a happy, healthy life later on.

Most mainstream approaches to ADHD treatment start with medication intended to improve focus and decrease impulsiveness. In many cases, these chemicals to help the people who take them, but they also come with a number of side effects. That’s why many parents choose to provide early treatment for ADHD without relying on drug-based therapies.